Gomel, bred by Tersk Stud Russia, is by the great Peleng (by Nabeg) out of Miest (by Salon out of Metropolia; one of the best mares ever born at Tersk Stud).  Gomel was bought by the Kossack Stud in the autumn of 1987; Gomel was first shown in hand in the spring of 1988; in total he was 6 times Champion Stallion during that show season, winning Regional, National and International, Champion Stallion at the Masters Open in Oostend, Belgium and European Champion Stallion at Frauenfeld, Switzerland.

After that Mrs. Erny den Hartog started to train him under the saddle and they came in the dressage at the Prix St. Georges –level, competing against normal warmblood horses. He was several times European Champion under the saddle and in the dressage, he was winning 44 times out of 54 starts, Gomel transmiss certain characteristics, like type, confirmation, movements, and style to his offspring; all his crop have inherited his athletic body, his extremely strong movements; the overall smoothness and his high intelligence combined with good characters. His offspring is successful in dressage, shows, and races, like: Scapino BB, Romano BB, Plagom, Byzanrina, Mezonin, Planelke, Narodnost, Gomira, KJ Andres, Skazko, and many more.

Show and Sport Results of Gomel 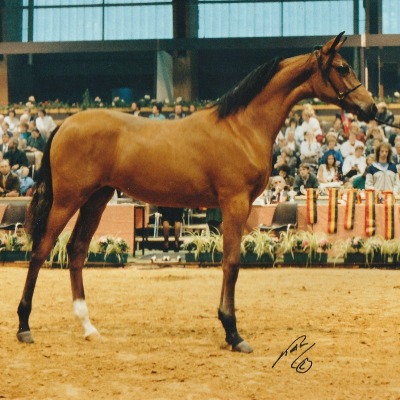 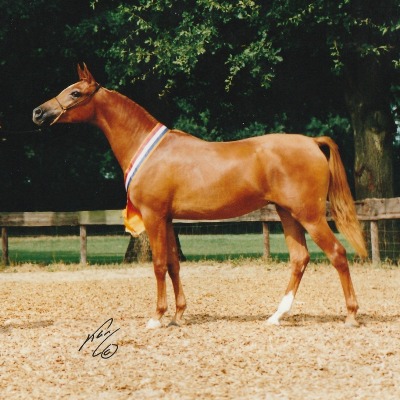 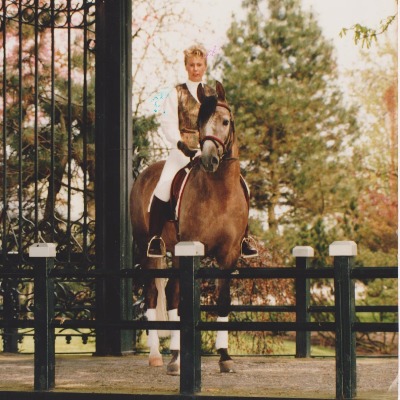